PARIS — Mobile satellite services operator Inmarsat is monitoring what appears to be a manufacturing defect in its IsatPhone 2 satellite handsets but has yet to receive customer complaints about it and has not ordered a recall, Inmarsat said Aug. 5.

The defect is a hairline crack that appears in the hinge supporting the phone’s antenna, which is deployed from the phone’s body to enable a satellite link.

In response to SpaceNews inquiries, Inmarsat spokesman Christopher McLaughlin said Aug. 5 that the problem was discovered not by customer complaints but by Inmarsat employees using the phones for testing or other purposes. A follow-up check found similar issues with at least some phones that were still in their packing containers and had not been used.

McLaughlin said London-based Inmarsat has determined that the issue is not tied to a particular production run or a particular geography. He said Inmarsat is working with manufacturer Celestica’s Valencia, Spain, production facility to determine the cause.

Inmarsat stands ready to address the problem for customers with affected phones, but so far no phones have been returned, making it difficult to determine how widespread the issue is.

McLaughlin insisted that the investigation is not a recall of the phones despite industry rumor to that effect.

Inmarsat’s IsatPhone was designed to keep Inmarsat in the land-based satellite voice communications market and to undercut competitors Iridium Communications, Thuraya Telecommunications and, to a lesser extent, Globalstar.

Just as Inmarsat was quick to take advantage of a manufacturing defect in Iridium’s shipboard OpenPort maritime satellite communications gear in 2013, Iridium has lost no time this time around.

“We are aware of this,” Iridium Chief Executive Matt Desch said in a July 30 conference call with investors, referring to the IsatPhone 2 issue. “Apparently Inmarsat has had to withdraw their satellite phones from the market for some technical issue. It’s too early to tell what the means to us. I’m expecting that it will have a positive impact.” 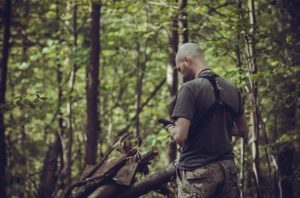 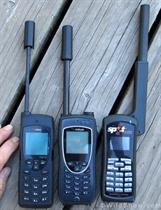 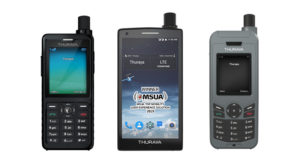